Flashpoints of 2018: Sergio Ramos shoulders Mo Salah out of final 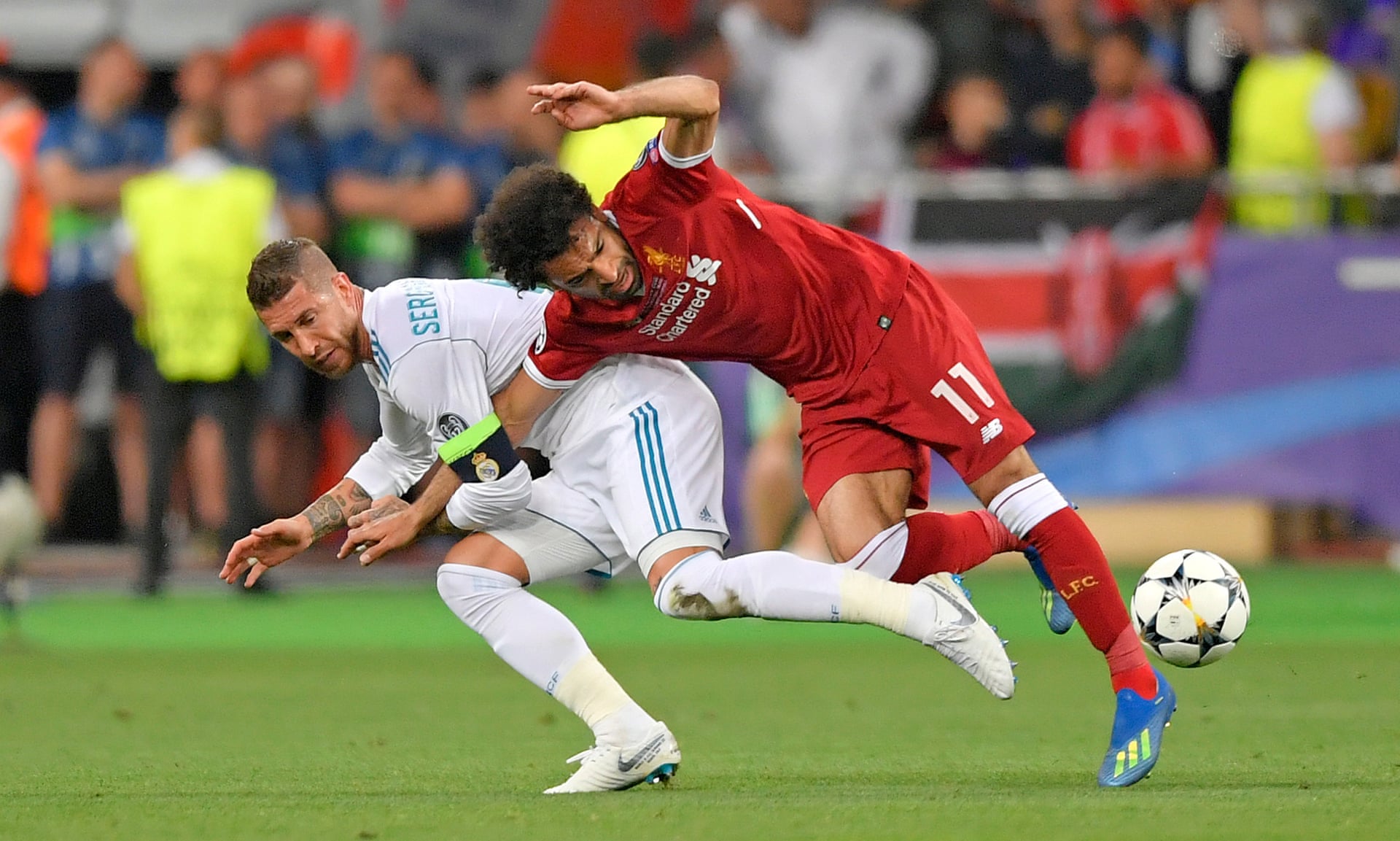 It was four minutes before the enormity of the situation truly sunk in and a communal gasp came from the sea of red inside Kiev’s Olimpiyskiy Stadium. Mohamed Salah was down for a second time in quick succession, only this time he was down and out of the Champions League final. A season of joy, brilliance and 44 goals had been brought to a premature, painful and tearful halt. Sergio Ramos shared a joke with an assistant referee as the idol of Liverpool and Egypt headed for the tunnel and the worst moment of his career. Real Madrid set course for their 13th European Cup triumph in his absence.

Recriminations from the Ramos hold and twist that ended Salah’s final – no foul was awarded on the night by the Serbian referee, Milorad Mazic – started long before the Real captain, almost as though rubbing Liverpool’s noses in it, lifted the trophy for a third consecutive season on 26 May.

Within days an Egyptian lawyer, Bassem Wahba, had launched a €1bn lawsuit against Ramos for jeopardising the Egypt captain’s participation in the nation’s first World Cup finals appearance for 28 years. A petition started online calling on Fifa and Uefa to punish the Spain international who, it alleged, “intentionally kept Mohamed Salah’s arm under his armpit, causing dislocation of his shoulder”. Ramos, the petition added, “represents an awful example to future generations of football players. Instead of winning matches fairly, he uses tricks that defy the spirit of the game and fair play.”

The petition attracted more than 535,000 names. Even the European Judo Union weighed in. “Waki-gatame is a dangerous technique,” it tweeted of the move that Ramos executed in the final’s 25th minute. “That’s why it’s not allowed in judo to use for transition to ne-waza.”

Salah would make the World Cup and score in Egypt’s defeat by Saudi Arabia, albeit below match fitness and having missed the opening game as a consequence of what happened in Ukraine. His right shoulder did not dislocate under Ramos’s armpit. He sprained ligaments in the left shoulder when hitting the ground with the veteran defender on top and still holding on. But there was no consolation for Liverpool. They suffered the fallout while Salah was having his shoulder strapped up, a disconsolate photograph taken with publicity seeking restaurateur Salt Bae and awaiting transfer to hospital.

Four minutes earlier it had looked so promising for Jürgen Klopp’s team. They started in the ascendancy against Zinedine Zidane’s reigning European champions, pressing with an aggression and intelligence that had brushed aside Porto, Manchester City and Roma en route to the final. Then everything changed.

Salah took on Ramos just inside the Real Madrid half. Down they went and, without the shock that usually accompanies a game-ending injury, the naked eye followed Isco as the Real midfielder collected the loose ball. Only when Mazic stopped play and the Liverpool physio rushed to Salah’s aid did it appear serious. Only when Salah collapsed on his back following a Liverpool corner four minutes later, having initially tried to soldier on, did those inside the Olimpiyskiy Stadium realise the implications for all concerned. Ramos had turned both Liverpool’s most dangerous player and the match, goalless at this point, his way.

Other factors were obviously instrumental in Liverpool’s 3-1 defeat. Klopp’s team, with an injury-hit Adam Lallana summonsed to replace the Egypt international, lost conviction and shape along with their leading goalscorer. A calamitous performance from Loris Karius and a 29-minute man-of-the-match display from the substitute Gareth Bale had the greatest effect on the result.

Five days later it was discovered Karius had suffered concussion shortly before Karim Benzema’s opening goal after taking a blow to the head from Ramos. Sympathy was not exactly in plentiful supply for the goalkeeper, who was loaned to Besiktas before the summer’s end. It turned out to be the curtain call for Zidane and Cristiano Ronaldo at Real, too.

Salah’s injury, and the intent behind it, dominated the aftermath, however. In many respects it still does. Dejan Lovren, the forward’s close friend, appeared to brag on social media only last month about elbowing Ramos during Croatia’s Nations League victory over Spain. Seasoned Liverpoolobservers would say retribution came first, or certainly quicker, in the days of Graeme Souness, Jimmy Case and other hardened champions.

Ramos’s reaction added insult to the injury for Liverpool. He was first to console Salah on the pitch with a pat on the cheeks. He was last through the media mixed zone later that night, declining to stop for reporters who waited more than two hours to ask questions about the incident, although the defender did say: “Yes,” and nod towards the European Cup he was carrying when asked if the English press could have a word. There was a tweet wishing Salah well in his recovery but otherwise it was over a week before Ramos gave his version of events in an interview with the Spanish paper AS.

“Bloody hell, they have given this Salah thing a lot of attention,” the Real captain said. “I didn’t want to speak because everything is magnified. I remember the play well: he grabs my arm first and I fell to the other side, the injury happened to the other arm and they said that I gave him a judo hold. After that the goalkeeper said I dazed him with a clash. I spoke with Salah through messages, he was quite good. He could have played on if he got an injection for the second half. I have done it sometimes but when Ramos does something like this, it sticks a little bit more. I am only missing Roberto Firmino saying he got a cold because a drop of my sweat landed on him.”

Salah rejected the notion of conciliatory messages or playing on with an injection. “He sent me a message, but I never told him it was OK,” the Liverpool striker said. As for having an injection, he commented: “It’s always OK when the one who made you cry first then makes you laugh.”

Klopp delivered his honest opinion on the 25th minute of the final two months later. A week before he did so the Liverpool manager had declined to discuss Kiev at length when sitting down with the media for the first time in pre-season at Melwood. Relaxed while on tour in the US, however, he was much more forthcoming when asked again. He was reluctant to go there at first. “Wow, let’s open that bottle again?” he replied to the specific question of Ramos on Salah. Klopp paused for eight seconds while considering whether indeed to open the bottle. The top came off in the form of a 10-minute, 1,400-word answer.

“Ruthless and brutal,” he said. “I’m not sure if it is an experience we will have again – go there and put an elbow to the goalkeeper, put their goalscorer down like a wrestler in midfield and then you win the game. It was a little bit like that – that was the story of the game. Ramos said a lot of things that I didn’t like. As a person I didn’t like the reactions of him. He was like: ‘Whatever, what do they want? It’s normal.’ No it is not normal. It is like we, the world out there, accepts that you use each weapon to win the game. People probably expect that I am the same. I am not.”

Salah and Ramos came together again in August at the Champions League group draw and awards ceremony in Monaco, where the latter was named Uefa’s Champions League defender of the season. The Real captain tapped Salah on the shoulder as he returned to his seat having collected the award. The left shoulder, of course. 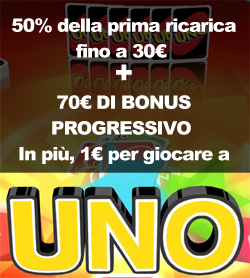 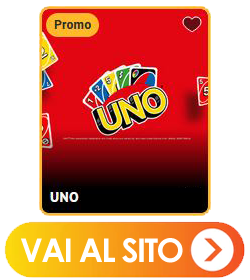 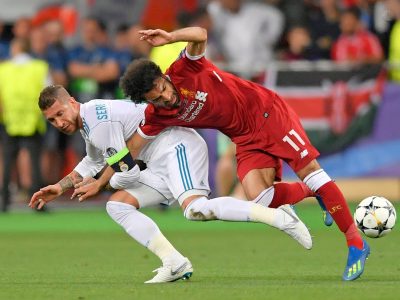 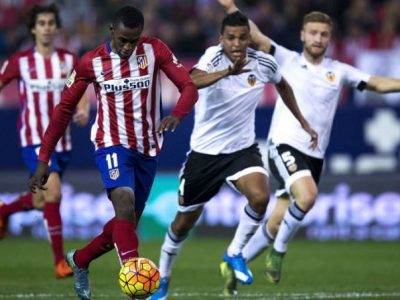 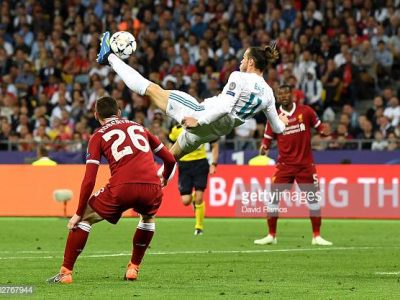